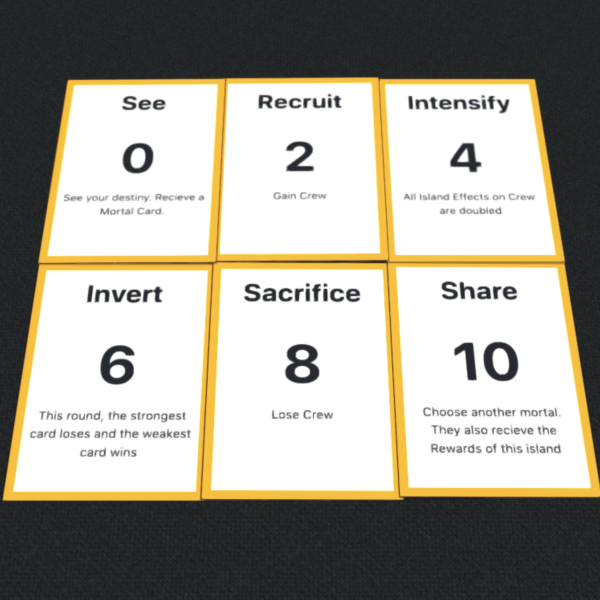 One of the key underlying ideas behind this game is that Fate should have the best cards: ideally, Fate would hold all the cards (just for the poetry of it). Early versions of the game had Fate acting as the game’s deck, as well as offering cards to the Mortals. But playtesting showed that this was really problematic, especially for new players: having so many options and tasks is the epitome of analysis paralysis.

To counter this, I’ve changed it so that Fate starts off with 6 very powerful cards (the Divine Actions), that should give them everything they need. They then pick up all used or discarded cards, thus gaining that all-encompassing hand by the end of the game. This gives new players all the time they need to get a grip on the game before they get all the choice.