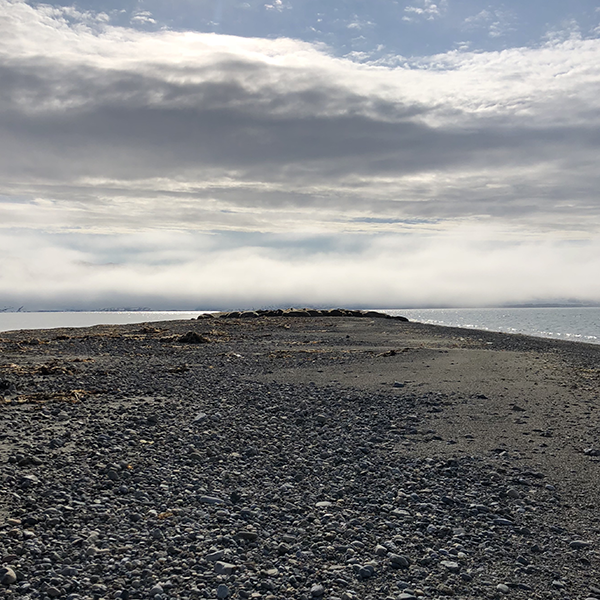 It was an afternoon, and the Antigua was engulfed with fog. The zodiac left with our guides and disappeared into nothingness, and we joked about never seeing them again. The fog cleared a bit to reveal a spit of land, before reclaiming it once more. We were told that the guides had found a landing spot, and that there was ‘wildlife’ nearby. It was important that we stayed quiet.

I was in the second zodiac. As it approached the shore, we saw a glimpse of an animal in the water: the head of a walrus peeking above the surface. We slowly made our way to land and quietly unloaded, only to find that it had followed us to shore. It came right up to the zodiacs, at one point less than 5 metres away as the sounds of 30 or so cameras clicked around it.

Once it left, we began slowly walking up the spit as a group. Because further down that path was a whole huddle of walruses: around 40 of them. We spent about an hour slowly making our way closer to them, taking pictures and watching them laze and flollop. Eventually, we slowly made our way back to the zodiac and to the ship.