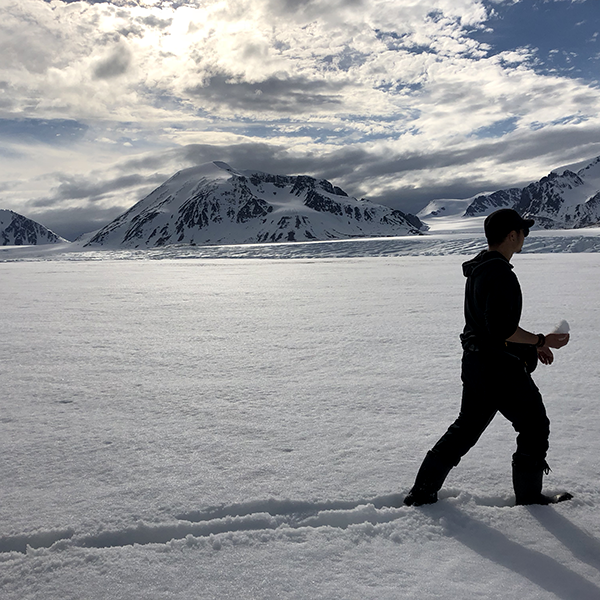 The sound of glaciers

One of the most striking things about glaciers is the sound of them: if you’re quiet, there’s a constant popping as the ice melts and air bubbles are released. Every so often, there’ll be a crash that’s almost indistinguishable from thunder: the glacier has calved (or sometimes, a rock has fallen from it). Often this happens deep in the glacier, so you can never see what actually fell. And just like thunder, the sound is delayed: by the time you hear it, seconds later, it’s probably too late to see it. It’s just one of the hints to the stupendous scale of glaciers: it’s too dangerous to get close enough that you could actually hear it in real time.